Waterdeep, also known as the City of Splendors or the Crown of the North, is the most important and influential city in the North and perhaps in all Faerûn. More than 100,000 people make their home in the walls of Waterdeep. Although the majority of the inhabitants are human, one can find any race of the realm present in the city. The city is protected by the sea to the west, and large wall to the east. The gates of the walls are patrolled by the City Guard. The interior of the city is policed by the City Watch.
The city is so named because of it’s deep harbour found at the southern end of the city. The harbour is protected by the large coastal mountain named Mount Waterdeep that rises out of the sea. Most of the city sprawls outwards from Mount Waterdeep and Deepwater Harbor. 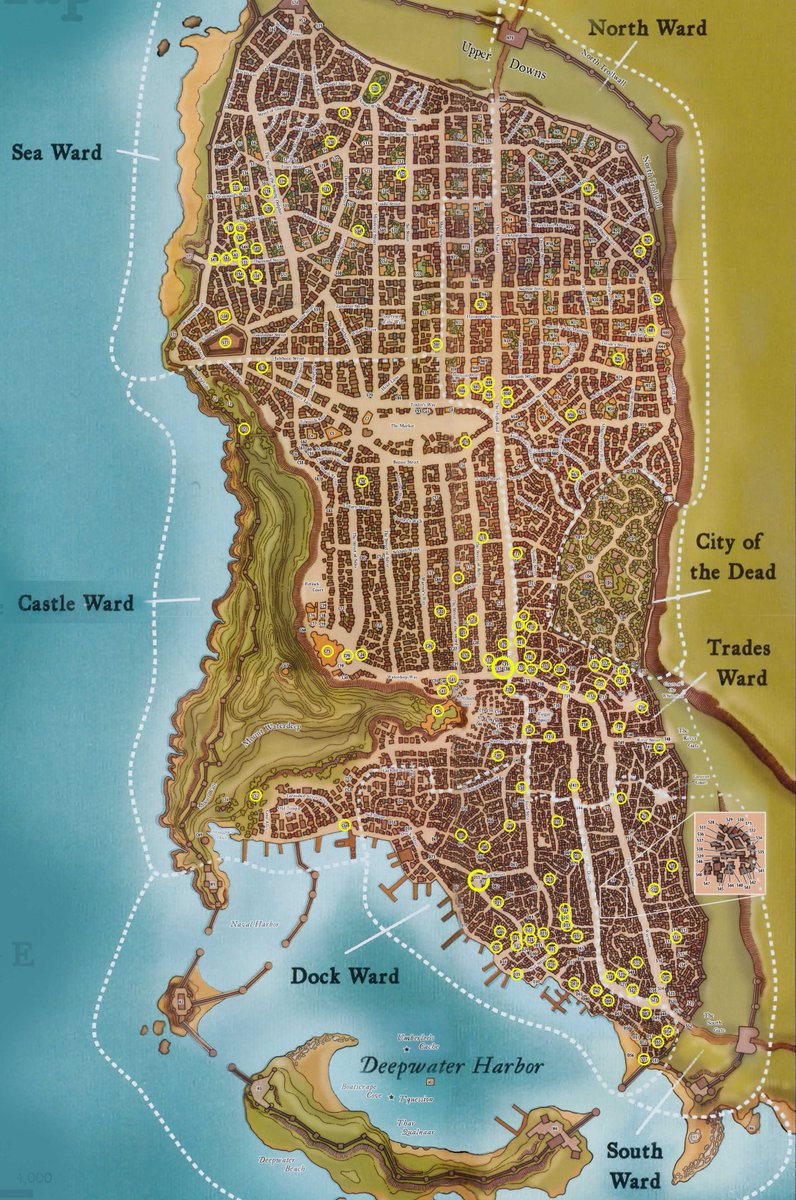 The city is roughly divided into 7 wards.
Castle Ward
This central ward encompassed Mount Waterdeep and much of the government of the city.
City of the Dead
This park-like area was surrounded by high walls. This ward contains the largest cemeteries of the city
Dock Ward
As one might assume, the Dock Ward was situated off the Deepwater Harbor and held the docks, shipbuilding yards, and warehouses for the sea trade.
Field Ward
Field Ward was the ward between North Trollwall and new city walls. It is home to many demihumans.
North Ward
North Ward is the home of the nobility and their villas.
Sea Ward
The wealthiest of the wards, Sea Ward contained many of the temples of Waterdeep, along with a good helping of the newer noble families and retired adventurers who could afford the odd villa or two. The Field of Triumph, Waterdeep’s arena, was located here.
South Ward
The South Ward is a place of caravan masters and traders, for it was close to the South Gate, the opening to the Trade.
Trades Ward
Waterdeep’s commercial section.