Location of a great battle of past lore between the allies of Dydd the Druid and Ashardalon.
Dydd created an alter of the converging powers taken from the standing stones of Faerun. Her plan was to open a portal to Hell long enough to banish Ashardalon the Great Red Wyrm from the material plane.
She petitioned for an alliance of the people around the land to send heroes to aid her in her final battle. Champions where sent from the Sea Elves of Moonshae, the dwarves of Mithral Hall and the kingdom of Neverwinter. The great eccentric Wizard of White Plume Mountain also aided, if not for any reason but for something to do.
The traps were set and the Dragon approached the atoll, hellbent on finally wiping out Dydd and the line of druids all together.
As they dragon approached Dydd began to open up the rift, but realized this could open up the realm from the attack of demons and devils from Hell. She mad a pact with a power demon who agreed to keep the rift clear while she opened it up to push the dragon through. 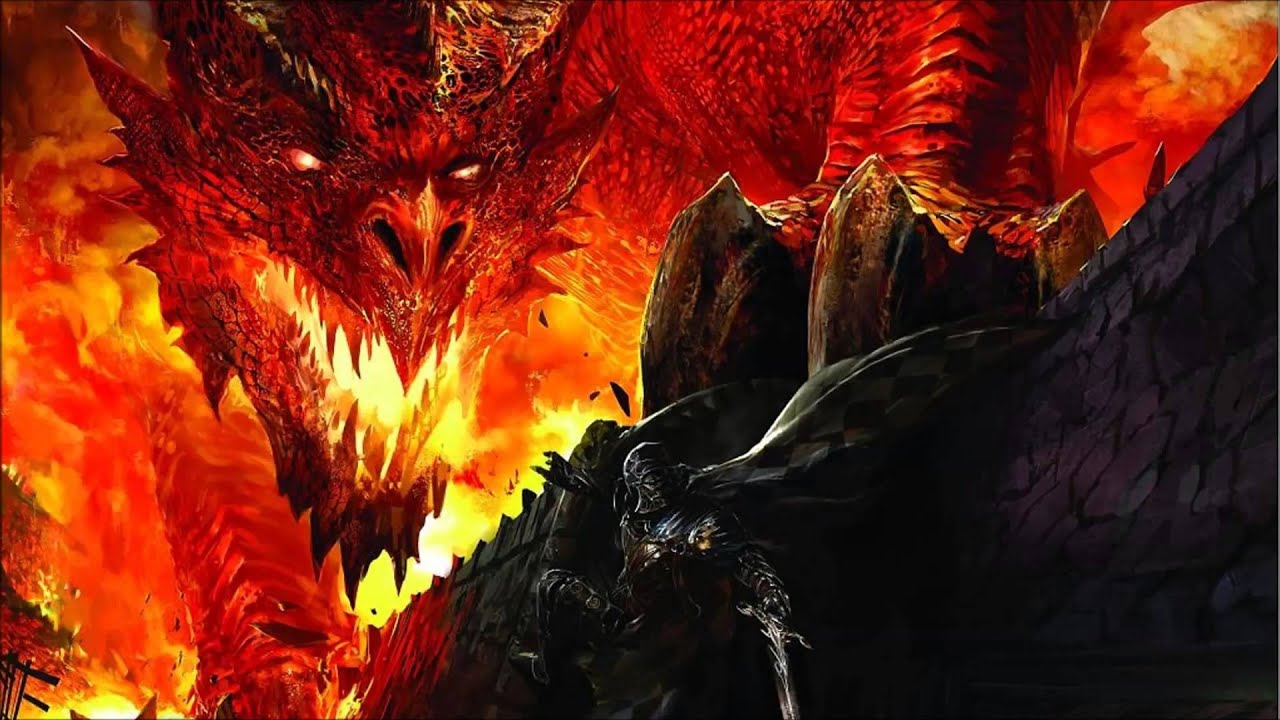 As the dragon approached the 3 warriors and the wizard did their best to keep the dragon away from the druid as she finished casting her ritual. In the fight, all but Keraptis the wizard fell to the Red Dragon. Seeing the attempt failed Ashardalon landed to taunt Dydd before killing her, but in the final moment, hope arrived, as Palarandusk the Golden Dragon and nemesis of Ashardalon flew in. The distraction granted Dydd enough time to finish the ritual, as the three pushed the Red Dragon through the rift and into the depths of hell.
In the aftermath of the battle Keraptis agree to bind the souls of their fallen comrades to their weapon, calling them the Legendary Weapons of the Golden Shield.