A Zhentarim spy, Samara was tasked with infiltrating and collapsing the lair of the Xanathar Guild.
Samara is a female lightfoot halfling worn from years of devious work within the Zhentarim guild. She is rough looking with many scars.

Samara encounters the Sunless Six captured in a cell in Xanatahar’s Lair. She convinces the group to help her with her plan in setting off a series of smoke powder bombs around the lair, creating the liar to collapse down onto itself.

The plan is a success, but the group find themselves trapped in a narrow tunnel upon their escape. Once the group dig themselves free from the tunnel, Samara guides the group through Skullport to the Zhentarim lair, then later to the whereabouts of what remains of the Promenade of the Dark Maiden. 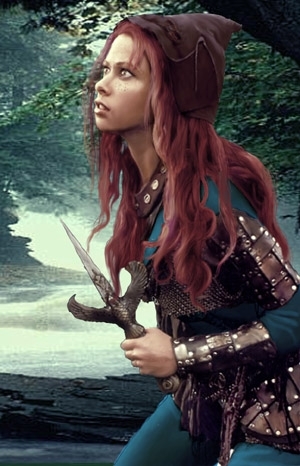