After eating a magical fruit, dark purple and blue tattoos appeared all over his body following the lines of his veins.
To further hide his identity when entering Waterdeep, Grisduin decides to shorn his scalp, leaving his head hairless.

Not long after his escape, Grisduin finds himself in the town of Waterdeep. Gris is trying to keep a low profile. He is also looking to make some coin to move onto the next city. Grisduin feels anxious staying in one place too long, always having the feeling of being followed.

Grisduin find himself at the Yawning Portal where he is approached by a Dragonborn named Xanath. The Dragonborn offers Grisduin a job. He want Grisduin to accompany him north to a small town named Oakhurst. If rumors are true, the Dragonborn hopes to find a Citadel that was sunken underground into a deep crevasse. He wants to investigate the Citadel, and will want Grisduin’s help with the investigation. He claims the loot plundered from the Citadel will be a great reward.

You accept the job from the Dragonborn, the money will support Gris for a while and the long travel will keep him moving and on the road.

While in trance within the citadel, Grisduin is approached by his goddess Eilistraee. We states that he is bonded with the tabaxi Ash, for good or ill. She also leaves a gift with the drow, a large emerald winged moth, which upon landing on the drow metamorphs back into a chrysalis. 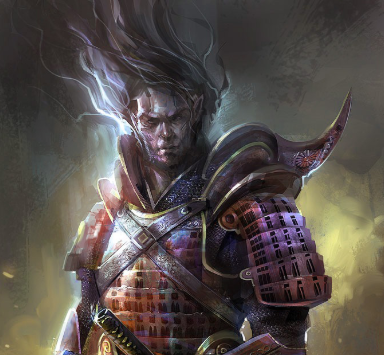