Uptight man who helps keep the peace in the Dock Ward of Waterdeep.

First met the adventurers after investigating the ambush by Zhentarim thugs in the Dock Ward. He believed their story and let the group go with a warning.
He later sees the group defeating two Grell and an Otyugh near a beach and rescuing a citizen. After this Staget is impressed with the group and offers them his gratitude. 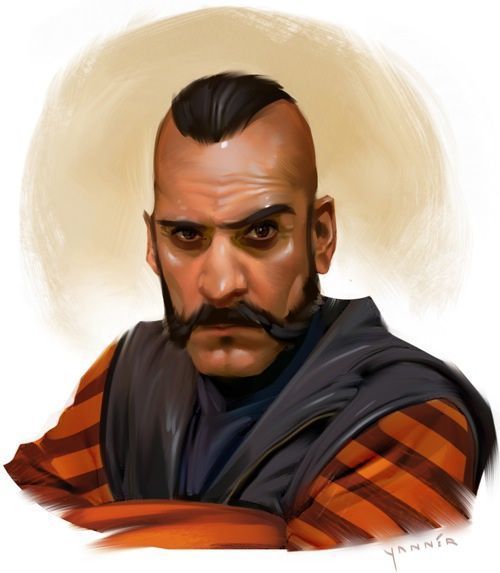