At a young age, Anakis’ family, which consisted of her, her parents and her 3 brothers, were driven out of her community because of their fiendish appearance. The family fled to the fringes of society.

Being mostly urbanfolk, Anakis and her family struggled to live in the forests and off the land. A compassionate nomadic tribe of Firbolgs welcomed them and adopted them as one of their own.

From the tribe, Anakis developed a love for nature and art. She was later inspired to follow the druidic ways when a powerful Aasimar druid named Jakilmir visited the tribe.

Jakilmir pointed Anakis to a local druidic circle to which she could learn from the druidic ways.

One teacher was named Belak. Belak tried countless times to indoctorate Anakis with his hate for civilization. Anakis would refuse the teachings, believing that nature and civilization can live in harmony.

Anakis reported to the elder’s of the circle that Belak was becoming increasingly hostile in pressing his beliefs on her and his other younger apprentices.

The druidic circle investigated and found that Belak was a danger, and his beliefs were becoming too radical. They stripped the druid of his druidic focus, and exiled him.

Years later, strange reports of unnatural half plant beasts that have been creating unrest in the forests and fields nearby the small town of Oakhurst. As an initiation, the druidic circle sent Anakis to investigate the situation.

ALLIES INTO THE SUNLESS CITADEL

Anakis meets up with a few traveller, Ashes of the Moon, Grisduin Drukroz and Xanath, who are also interested in investigating the Sunless Citadel.

Anakis discovers that Belak was tapping into the dark necromancy powers of the Gulthias tree found deep within the underground grove attached to the citadel. Belak was creating an army of blights and thralls to wipe out all of civilization.

Xanath burns the tree to the ground Burning of the Gulthias Tree, and Anakis restores the thralls (the Faerwalds).

Upon talking to Jakilmir, Anakis discovers that burning the Gulthias Tree may have released the spirit a long dead Vampire, named Gulthias.

EMERALD ENCLAVE AND THE CITY OF THE DEAD

Anakis travels to Waterdeep and meets with high members of the Emerald Enclave. She reports on Belak and the destruction of the Gulthias tree. They seem impressed and task Anakis with investigating restless undead within the City of the Dead. Anakis uncovers a necrmancer at work. She defeats the necromancer and reports to the Enclave. Impressed, Anakis is promoted to a druid of the Circle of Alluvium. 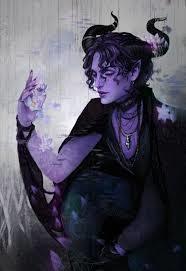