He carries a short sword with the starry eye on the pumpel.

A few years back, Aesino offered his services to the Starry Eyed Monastery. He was tired of the lifestyle of an assassin and was seeking out more purpose in his life through the teachings of the Abbess. He came to the Dormo Ordo with his companion, Bast, a mute mage.

Aesino quickly proved to be the monastery’s top bounty hunter.

Having an established foothold within the underworld of Faerun from his past life, Aesino found the rare Tabaxi being sold into slavery by the Xanathar Guild. Aesino and Bast purchased the Tabaxi’s freedom and brought him to the Starry Eyed Monastery to train as a monk and bounty hunter.

Once the Abbess gained information that the assassin was using the monastery for person gain, taking on unethical contracts not approved by the Dormo Ordo. Aesino confronts the Abbess, who threated the assassin with expulsion to the order, and a trial by the monk. The monks attempt to apprehend Aesino, but he resists, swiftly killing the Abbess’ 2 guards. Aesino, along with Bastella and hired Zhentarim thugs, they assault on the monastery leaving it in ruins.
In an attempt to cover up the crimes, Bast begins to track down other members of the monastery, giving them the ultimatum to work for him or death. She is unable to find Ash, but locates David in Waterdeep, but have not been able to confront him since he is with the Emerald Enclave.

Aesino is ever scheming in his pursuit to be the ultimate assassin. He is a manipulator and only forms relationship that will aid him in some way, hence why he entered to monastery to refine his skills. When a person is deemed useless, he will throw them away. He believes friendship and love only weaken a person. 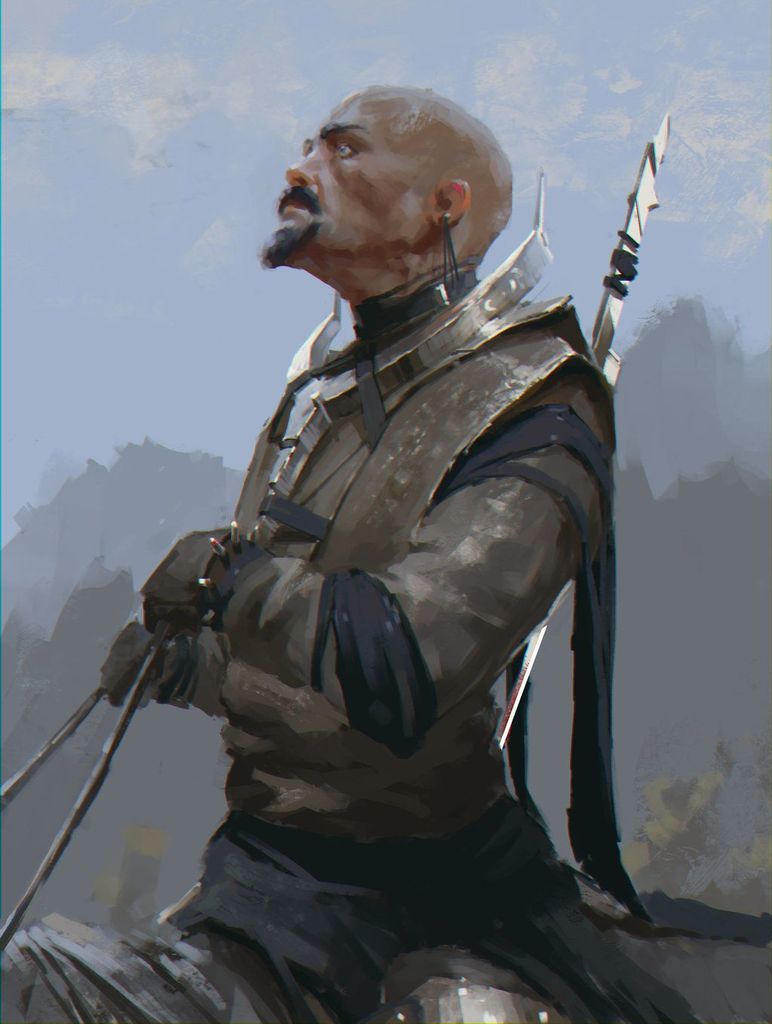