The group find their path blocked by a raving drider, whom seems greatly bothered by the howls of the wind coming down the tunnel. Grisduin decides to talk to the mad drider. He calms the drider enough for Ash to pass by and cast ‘Silence’ up the tunnel. The howling moans of the wind stop and a great relief washes over the drider’s face. Grisduin tells the drider of Eilistraee and he is grateful for the repose that she has given to his tortured mind. The drider tells the group of what is ahead, and Xanath recognizes the name of the priestess, T’riss Auvryndar, a drow he was to be a concubine to earlier in his life. 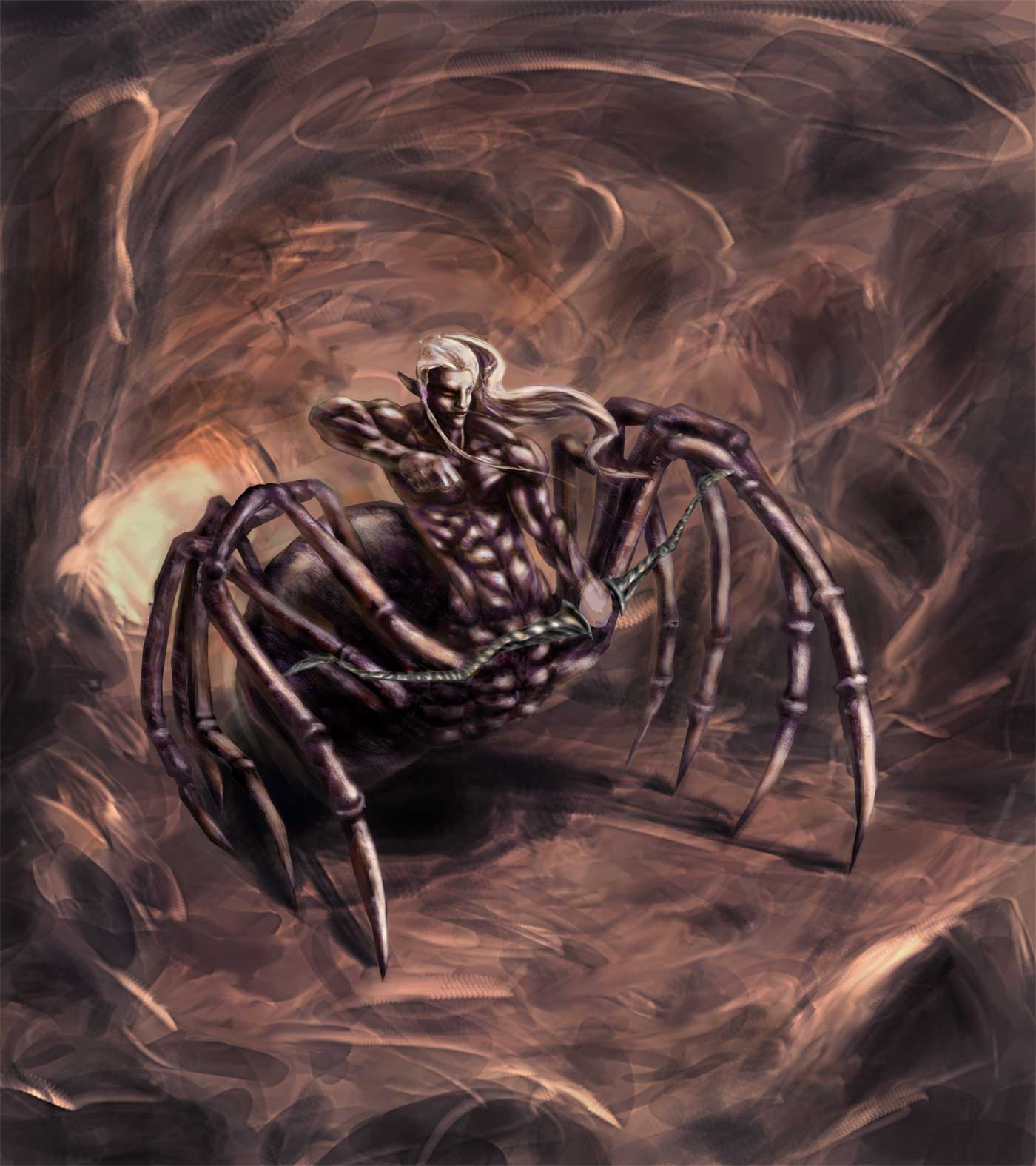 The group then pass and travel further up the tunnels until they reach a room with 4 drow in it. Tortured screams seem to be coming from adjacent chambers that the drow seem very pleased to hear. Grisduin, unable to contain his anger, charges at the drow taken 2 down, the rest of the group quickly follow clearing the room and checking the other chambers. They do battle with the torturers and question the victims, only to find, that they are not so much victims… they were enjoying the sick, sadistic torture!
The Sunless Six decide to leave this horror behind and find a group of six Grimlocks tormenting some prisoners. the group do away to the Grimlocks and question the prisoners.
Quin releases a Waterdavian named Geldax Breer whom was capturer by the drow. Three other cells contain malnourished drow that are competing to be concubine to the priestess. An old wiry gnome exposes himself from underneath the rotten corpse of a grell in on cell. He is enthusiastic that Quin pick his lock and free him. Unsure of the strange gnome, Quin decides to pick the lock. Once free, the naked grimy gnome sprints away gleefully.
The group move on and enter a door secured from the outside. Within the room is a grey skinned elf with dark black hair and pale, but lively eyes. He tells the group to enter and tells them his name is Iarhana Goltorah, but you can call him Golto.