The Cellar of Dispair

The Sunless Six take a moment to catch their breath and devise a new plan. They decide that that their best course of action is to descend into the cellar of the mansion.
Resting in what they presume to be the servant’s quarters, they make their way slowly, being unsure if they should find vampire spawn along the way.
Sure enough, they hear movement from behind a door. The servants have been changed, and are now attacking the group. The battle does not last long as the group take down and stake 2 vampire spawn. They proceed down the dark narrow hallway.
Quin finds a room that seems untouched. She assumes it is the pantry. Upon further investigation, the group find the Casslanter’s stash of fine wines and liquors. Anakis stores them in the bag of holding for a gift to Stubbs.
Quin creeps further down the hall and is surprised at a glowing pair of eyes at the end of a dark hall. She moves back and informs the group. Xanath proceeds to move down the hall casting an offensive flurry of magic towards the perceived threat. The rest of the group move in and begin a long battle in a large chamber populated by wide pillars. 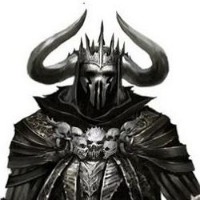 Eventually the Sunless Six surround the champion of the wights and take him down. Anakis picks up Wight’s greatsword and examines the fine craftmanship. The greatsword’s hilt is sculpted to resemble platinum dragon wings and a pommel shaped like a platinum dragon’s head clutching a black opal between its teeth.

The Heart of Destruction 2nd Day of Uktar

Into the Rotting 1st of Uktar