Searching for the Grove

The adventurers set out in search for the fabled underground grove. They entered into a place that looked to be set-up as a Laboratory for the mad Druid Belak. The group surprised some goblins, killed a few then moved on.

The group then stumbled upon a large hall that the goblin seem to be using to garden the luminescent mushrooms that they have been encountering at this level. It seems that Belak had been using the light produced from the mushrooms to also grow some above ground plants. They met up with a gardener (a Bugbear). They group tried to deceive the Bugbear that they were also working with Belak, but quickly gave up on the roose and started to battle the Bugbear, eventually taking her down, along with a goblin that came from another room to help backup the bugbear. 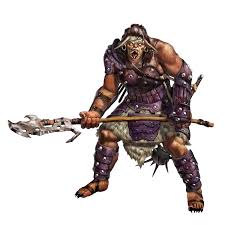 Xanath came across a room with scorched mushroom, and proceeded to investigate a hollow that he saw underneath. A fire snake popped out and unleashed it fury on the dragonborn. Thinking quickly, Anakis transformed into a fire resistant giant badger to do battle with the snake. The group subdued the snake and Anakis, as a badger invested the fire snake’s burrows, finding 2 sapphires.

The group then proceeded, finding a room with a large carved statue of Ashardalon, the red dragon. Xanath stepped into a circle right in front of the statue and read some draconic runes. He was enveloped with a harmless spectral flame. The words also awoken a shadow that was lurking behind the statue. The shadow quickly descended upon Xanath, but the dragonborn cast magic missile and disenterated it.

They moved on from the room, rummaging a looting a connecting dragon library before heading out through a dark hallway. They followed the hallway and came upon a locked door. Quin was unsuccessful in picking the lock, so the group decided to try opening the door with fire and force. They were able to enter the room, with they found to be Belak’s study. Xanath’s attention was set upon a book written in draconic, but as the sorcerer open the book, he did not realize that it was protected by a glyph of warding. The book exploded, leaving the adventurers in poor shape. The blast alerted goblins in the next room that came in to attack. Anakis pushed into the middle of the group goblin and performed a well timed thunderwave, quelling the threat.

The group now looked out onto the vast underground grove, but noticed the clap of the spell alerted hoards to twig blights that inhabit the grove.

Feeling beaten and tired, the group decided to retreat, and quickly headed back through the Citadel, and out to the forest outside.

On the Long Road Session 9

Burning of the Gulthias Tree Session 8