After placing Whelm into the bag of holding, the Sunless Six exit the vampire’s room and careful backtrack to the Gynosphynx. On their way back, Quin recalls a hallway they bypassed just before reaching the flesh golems. She carefully enters the room to find 9 glass globes hanging from the ceiling. The group all enter into the room to investigate.
Once the everyone is in the room, the door magically slams shut. Not knowing what to do, the adventurers start smashing the globes. A key falls from the globe, as well as an Air Elemental. They defeat the elemental and the try the key in the door. It doesn’t work. After smashing a second globe, they find the key works! And they can exit the room. Instead, the adventurers proceed to smash the remaining 7 orbs, collecting false keys and various treasure before departing the room.
They arrive back at the crossroads and decide to head down the western corridor from the Gynosphynx. As they slink through the corridor, they notice the walls lined with large brass disc. Quin deducts that they are designed to heat metal quickly. Carrying no metal, Ash dashes ahead unharmed, only to be met by an aggressive group of ghouls. 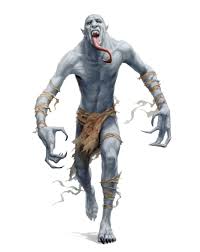 The group proceed to rush through, Grisduin, wearing plate armor, pushes through the pain the the heat. As Xanath arrives to aid his tabaxi comrade, he launched a fireball towards a group of ghoul, incinerating them instantly. 9 and Grisduin then rush in to clean-up the rest of the ghouls.

The Terrarium 18th Day of Marpenoth