Into the Liar of the Xanathar

Ash and Stubbs track the mother’s coin to a run down part in the Dock Ward. Ash investigates a small dwelling he feels might be harboring Aesino. Upon entering and investigating, he finds the body of Bastella lying on a bed in a back room. Aesino’s sword is sticking from her stomach and Ash finds 2 coins on the dead woman’s eyes. Both look like his mother’s coin. He covers the body and takes both coins and the sword.
On the street, David’s cat messenger finds Ash and tells him that his colleagues are at Phaulkonmere Manor. Stubbs decides to head back to his newly purchases tavern.
As Ash finds his group in the manor, he breaks the news of Bastella’s death to Quin and gives her Aesino’s sword. Quin seems unconcerned. Ash, feeling guilty fesses up to David about Kevin’s death. David does not seem to take the information well and leaves the group.
Jeryth Phaulkon then approaches the group, telling them that her awakened rats have found a short cut into Skullport via the sewers and through the Xanathar’s layer.
A rat guides the group through the city and into the sewers to a spiral stairway that descends deep into the dark. 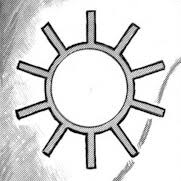 The group push through a doorway and into a chamber containing a magical surveillance eye. Ash uses a darkness spell to obstruct eye as the group venture to a hallway at the back of the room. The group then encounter a room full of what looks to be beholders. They ascertain that the beholders are all decoy plants save for the one in the center of the room, which seems to not notice them.
Not wanting to take their chances fighting a beholder, the group decide to head though another set of doors on the other side of the initial chamber. As Gruisduin enters the large chamber, he hear heavy footfalls. He hides and sees a dwarf approaching. As this is happening Xanath tries to ‘take out’ the surveillance eye with his warhammer. He fails miserably nearly hitting Quin in the process and creating a loud thud on the stone floor. Hearing this the dwarf stops, and yells out who goes there! Grisduin answers that it “The Dancing Devil”!!!! The dwarf does not know the name and goats the drow. As Grisduin is set to charge, Anakis tries to quell the situation by putting up a wall of thorns between Gris and dwarf. Realizing that he is now outnumbered, the dwarf decides to flee. The group pursues, and with his feline grace and agility Ashes catches up to the dwarf, who turns on the Tabaxi and knocks his unconscious with 3 quick blows of his great axe. The dwarf then proceeds to flee. Quin then catches up to the tabaxi and brings Ash back to consciousness.