After gaining some valuable information on the location of the Chronicler by the towns people, Xanath decides to seek out the barrow in the golden plains. Grisduin and Ash decide to accompany the dragonborn on this quest.
The group head up the north road through a dense dark forest. Late in the evening, Ash notices a fire ahead in the road. The group approach the fire, and see 3 malnourished men gathered around the hearth. The men notice Grisduin approaching and invite him and his friends to take camp with them for the night. They are travelling from their village of Ossington in search of supplies. The village has been under hard time as the men explain that the village is under siege by a group of ‘forest giants.’
Seeing the starving look on the men’s faces, Ash decides to go hunt for supper. Strangely, Ashes hunt comes up unsuccessful, which is very odd for the great hunter. The forest is dead quiet, no birds chirping or rustling leaves from crawling critter is to be heard. 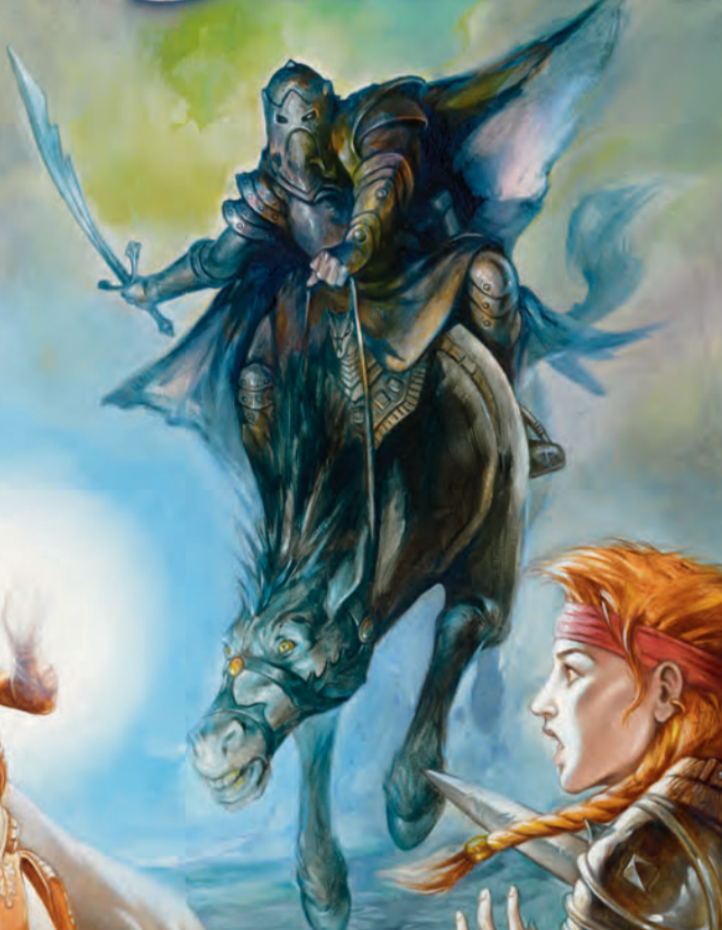 As the night progresses Ash notices something moving towards them up the road. He wakes the party. A faintly glowing knight aggressively rushes towards them on horseback. The adventurers attempt to turn the horseman, but he continues towards them, cutting down the three commoners as he rides past the fire and continues on down the road until he disappears in the darkness. The group investigate their fallen comrades, but notice no bodies, only their clothes remained.
Ash, Gris and Xanath continue down the road in the morning. The forest breaks and reveals the golden plains. They head towards a hill in the field which they believe to be the barrow. Xanath uncovers the entrance to the barrow, which was hidden by magical means.
The group enter and notice an elf sitting with his back to them reading a tome. The elf introduces himself as The Chronicler. He answers Xanath’s questions. He also relays information about Gulthias and Ashardalon the Ancient Red Dragon.
The trio then leave the barrow and teleport back to Wilderem’s Wonderous Workshop.