The adventurers regroup and head back to Red Larch to return the stolen cauldron and herbs. They bid farewell to their new friend Bjorn Urso and decide to make haste in finding Woopedu. They enter into a confusing trail system, but Anakis, seems to know the right way, and successfully navigates the group into the town.

They come upon a town filled with gnomes, halfling, dwarves and happiness. As they enter, they see Wilderem’s Workshop and decide to stop in. The shop is kept by a Goliath named Halwrick while Wilderem is off on his travels.

As the adventurers push further into the town, and a greeted by a kindness that is almost sickening to Quinn. Stubbs heads directly for the brewer’s of Arabad’s Ale. He’s regretfully informed that the Ale has run dry in the town, as the brewmaster hasn’t returned in nearly a tenday from collecting herbs in the forest. Stubbs, and Quinn (portraying as a married couple) agree to search for the brewmaster.

The group then decides to talk to the town mayor, Sir Miles TarklebeeSir Miles Tarkelbee. Tarklebee informs the group of the orc raiding problems they have been having in the surrounding farms, and offers a bounty per orc head. Sir relays the information and the orcs seem to have a stronghold near the Stonetooth, a hill named for its unique geography. 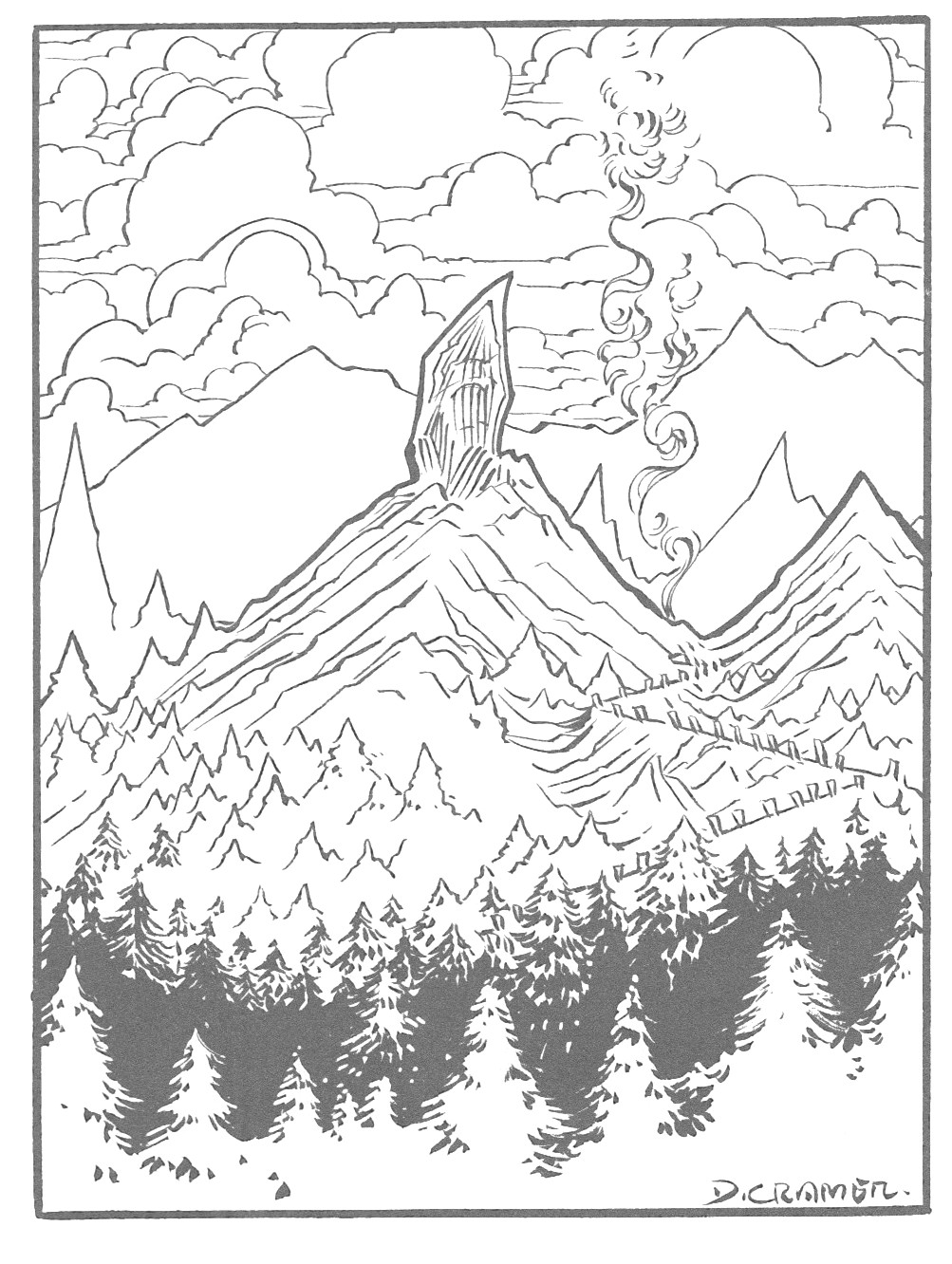 The group then decides to head out into the wilderness and start their adventure. Sure enough, they discover the Stonetooth Sir Miles was alluding to. They notice a well worn trail, but also see a column of smoke nearby. They decide to investigate the smoke, which leads them to a natural chimney. Ash repels down into the chimney and discovers a large, crude cooking room. The rest of the group repel down with limited success.

The group then set to to investigate the cave system. They come to the conclusion that this must be the orc stronghold and that they may have found a backdoor entrance into it.
Upon further investigation, they find a gnomish prisoner. They free the gnome, whom they come to know as Phidljaer Fiddlefen, the lost brewmaster. They escort the gnome safely out through the chimney, as he assures the group, he’ll be fine making his way back to Woopedu.

The group then further investigate, and come upon a pair of orcs standing guard near a rope bridge that traverses a large chasm. Grisduin and Ash surprise attack the orcs, and the rest of the group follow in to easily dispose of the orcs.

On the Long Road Session 9