Meepo steers the group to a room he believes Calcryx (white dragon) to be in. Quin successfully picks the lock on the door and Xanath and Grisduin enter to see a ransacked room. The Wyrmling reveals itself and pleas its case to Xanath that it is a prisoner of the kobolds. The dragon and Xanath make a deal, that the dragons will split it’s hoard as well as work with the group to get the dragon door key from Yusdrayl, in return the group must lead the dragon to the kobold colony and help destroy it. 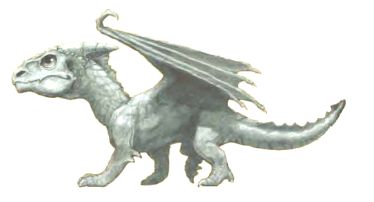 As a sign of good faith, Xanath leaves Meepo in the room with Calcryx to do what she will to her once capture.

The group leads Calcryx to Yusdrayl in the guise that they have trapped the dragon and are returning it to the colony. The trap works and Calcryx make short work of Yusdrayl, as well as Grisduin, with her frost breath. Anakis revives her fallen comrade. Calcryx destroys any kobold she can find before she leaves the Citadel.

Picking up new items, the group decides to try their luck once again at the locked door in the dragon fountain room. Xanath pulls a spell scroll and tries to perform a spell that it above his head. He fails, the scroll disintegrates and the door remains locked. The group brainstorm creative ideas to get through the door, some more extreme than other, but nothing works.

Dejected the group decide to investigate a dark hallway they bypassed earlier. They come upon a second dragon fountain, and Xanath confidently reads the words etched into the stone. He receives a faceful of poison mist for his troubles.

Quin notices footprints heading into a nearby room, Grisduin charges into the room to encounter 4 giant rats, one of which is bloated and poisoned. The group enters the room after Grisduin and do battle with the rats. A large man, half dead, rears himself up from the dark corner of the room and tries attacking the bloated rat, the rat counters and puts the man down. After the group dispose of the rat, the man is revived. It is Burt, the half-orc they just previously saved!

Embarrassed, Burt admits he lost his way trying to leave the citadel. The group decides to escort the half-orc to the entrance of the citadel.