After another day for shopping and seeing the town, the adventurers decide to treat themselves and head to the more upscale North End of Waterdeep to wine and dine. At the tavern Ash is approached by an old comrade from the monastery, and told to meet him later that night for a secret rendez vu.
Aesino Silenta meets with Ash in a quiet part of town. Ash senses the magic from Bastella, Aesino’s companion and mage of the monastery. The meeting becomes tense, as Ash seems reluctant to heed to Aesino’s advice on what to do about Grisduin’s bounty. They part way on not the best terms.
The next morning the group accompany Anakis to the City of Dead to meet with the Emerald Enclave, a group of nature worshippers that strive to protect the natural balance in Faerun.
Anakis meets with 3 high members and they discuss her actions in thwarting Belak the mad druid. The Enclave then task Anakis with investigating a problem arising with undead within the City of Dead. She is also encouraged to take a new initiate with her, a bugbear named David.
Upon returning to the group, David quickly recognises Ash. David reveals to the rest of the group that he was part of the Starry Eyed Monastery. He also conveys that he sensed a problem when his animal companion has not returned to him. He went back to the monastery to find answers, but found the place in ruins, with no survivors to be found.
David then explained that he was lost, but a member of the Enclave picked him up and brought him here.
David then brings to group to where he discovered undead activity occuring, and the group find 3 Dread Warriors roaming about a grave yard. The group dispose of the undead. 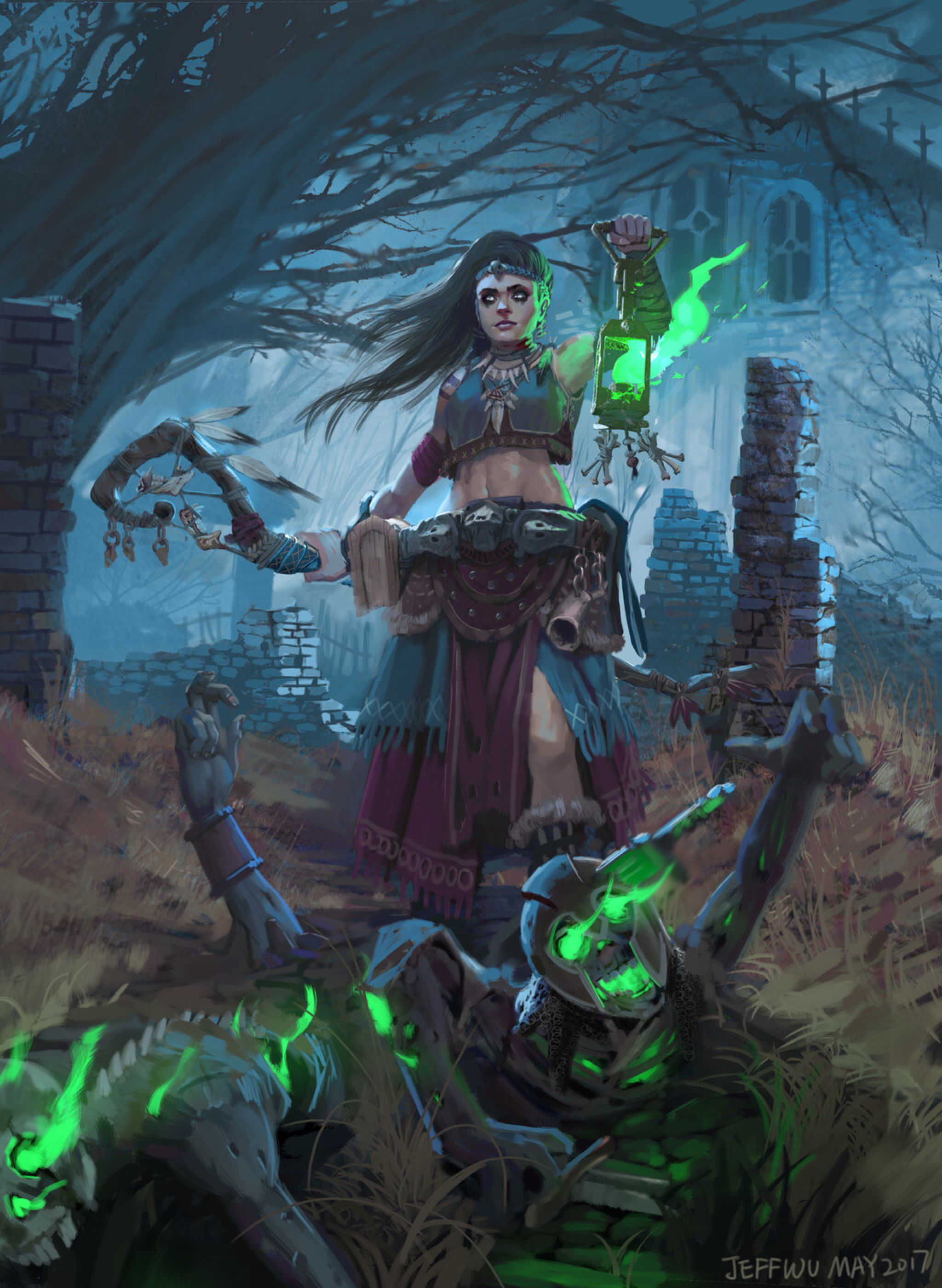 Quin then scouts ahead and notices more Dread Warriors and a Necromancer performing a ritual. She relays the information to Anakis, who deduces that this Necromancer must be causing the increase of undead within the city. The group sneak up and attack the Necromancer and his thralls, quickly taking care of the threat.