The Sunless Six return to Wilderem’s Workshop in Woopedu via Wilderem’s transportation pendants. Feeling indebted, Ash decides to stay back with The Eilistraeeans and aid in the efforts to reclaim and rebuild the Promenade of the Dark Maiden.
Grisduin, Xanath, Anakis and Quin are greeted by Wilderem’s partner, the goliath Halwreck. Halwreck brings the group through the workshop to meet with Wilderem.
The group catch up and trade goods. Wilderem’s then suggests that the group should take him up on the offer of exploring the White Plume Mountain. He’s researched further into the mysterious note sent from the believed to be expired wizard of lore Keraptis. Wilderem has shared the location of the mountain, as well as confirmed the validity of the disappearance 3 legendary weapons, Wave, Whelm and Blackrazor, that are thought to be hidden within the dungeons of the mountain. 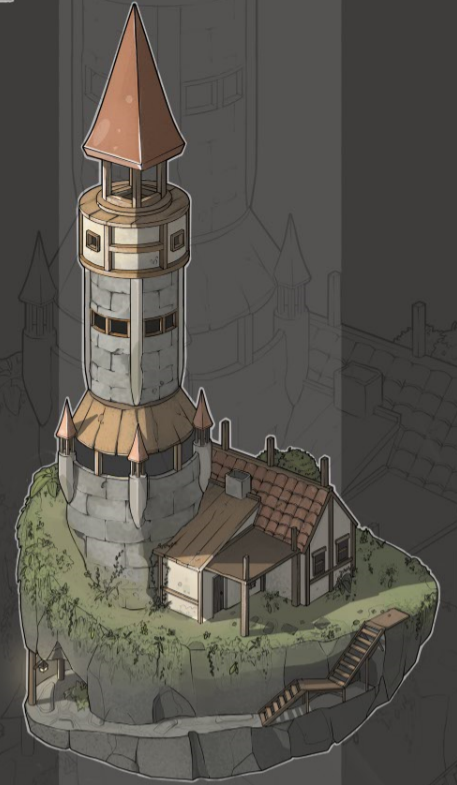 As the party decides to head to town, they are greeted by Soak, and young wizard that Wilderem had encountered in Waterdeep. Soak is panicked as he explains to Wilderem that he has found intruders in the old tower.
Xanath, Grisduin and Quin decide to lend a hand in the investigation. As they approach the tower they notice a green light flickering about in the upper story of the tower. They also notice the lower floors are being guarded by a couple of heavily armored thugs.
The group try to engage with the thugs and quickly find themselves in a fight. Hearing the ruckus, the thugs are accompanied by a mage and another thug from the floor above.
The group overpower the thugs and remove the threat as they decide whether or not to investigate the strange light in the top floor of the tower.

Seeking Passage to the North 10th day of Marpenoth

Trouble in the Tower 8th day of Marpenoth