As Ash and Stubbs begin tracking Aesino using the mother’s coin, Xanath and Quin return to meet with Anakis and Grisduin who are cleaning up after the street fight. They are confronted by the City Watch whom question the group as to the circumstances of the tussle.
Captain Staget arrives on the scene and questions the 4 individually. He deems them to be trustworthy. He explains that he’s been dealing with a lot of violence between the members of the Zhentarim and Xanathar’ s Guild, and is happy that their are now less thugs off the streets for him to deal with.
Xanath tries to then glean some information from Captain Staget about Skullport, but the captain claims he doesn’t have time to talk as he is now dealing with creatures from the Undermountain coming up to terrorize the Dock Ward. The captain conveys that finding the entrance to Skullport would be very difficult, if it even still exists.
The group then continue their search. Grisduin notices a small white cat that has been following them for a while now. The cat relays a message to Anakis that a high ranking member of the Enclave would like to meet her in Phaulkonmere, a manor near them in the South Ward.
The group decide to investigate this and head to Phaulkonmere. They are greeted by a familair face, David the Bugbear, who is know working for Jeryth Phaulkon, who he explains to the group is Emerald Enclave adjacent. 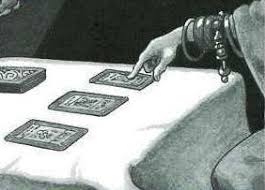 Jeryth welcomes the group to her garden, where she offers to reads the groups futures from her Tarokka cards. After she reads Grisduin’s cards, she asks him his house name and what he is looking for. She reveals that the Promenade of the Dark Maiden, which Grisduin is seeking, has been destroyed by the Xanathar Guild and the evil drow that lurk near Skullport. She tells him that she believes the moonspring still exists within the ruins of the temples. She then asks Grisduin his house name, and is not surprised. Jeryth then proceeds to fashion a small moonspring with the help of Grisduin’s drow magic. Although he cannot travel through the portal, he is able to look in. He sees a small community of people living under the shade of the canopy of a high forest. He sees his sons practicing their sword work with skill and the grace of dancers. He sees his daughter talking, teaching others around her, her beauty unmatched but for the beauty of the Dark Maiden herself.
Anakis then accepts Jeryth’s offer. Jeryth informs the group that a Grell has taken a woman in the Dock Ward. She believes that Xanathar has been releasing creature from the Undermountain into Waterdeep as a distraction for something. She would like Anakis to investigate this and hopefully rescue the woman is their is anything to rescue.
The group begin tracking the Grell and quickly come upon it near an old dock by the seaside. They notice a second Grell and a panicked scream from a woman and quickly engage the two aberrations. The group eventually take down the pair, but then notice another beast rising to the shore. An Otyugh rises from the sea and attacks the groups.
The group does battle with the beast and eventually kills the aberration leaving its body lapping in the shallow sea waves. 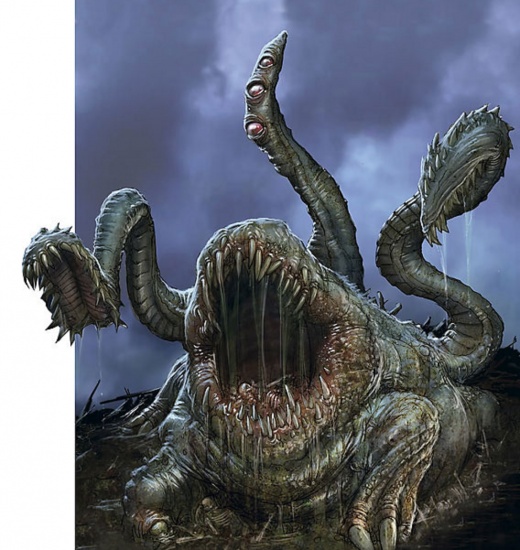 Bloodied and beaten, the group returns to Phaulkonmere. She shows the group gratitude and gifts each member with a charm of heroism. David prepares a meal for the group and Jeryth offers accommodations for the night at Phaulkonmere.

Into the Liar of the Xanathar 28th day of Elient